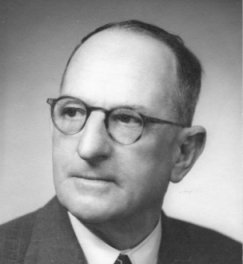 His biography gives more detail of the first 50 years of his life.

In 1909 while acting as coach driver and general caretaker of the coach and horses for a Royal Commission tour of Eyre Peninsula, he learned of the Government’s plans to build a railway from Port Lincoln, northwards through the centre of Eyre Peninsula and to open the land for farming; so he got to see, first hand, the land that was being made available for selection. (For more on the Royal Commission tour click here).2

In 1910 he, together with Mr. F. Simmons, took over the Agency for the Adelaide Steamship Company in Cowell, South Australia

On 5 February 1915 he was allotted section 49, Hundred of Pygery, County LeHunte, South Australia

In 1916 a shed was erected, by the Government (on a long term - low interest loan), on the block and part of this was enclosed in early 1916 with “pine and daub” to make two rooms to be used as living quarters. The first crop was planted, by hand, in that year of 1916, on a grassy plain near the shed and proved to be successful, the beginnings of a successful farming enterprise that, three generations later, was, until early 2014, the Edmonds’ family farm.2

Between 1919 and 1943 Harry and Mabel boarded the local school teacher at the farm, after public agitation resulted in a school being built in the district in 1919. The school closed in 1943.2

In 1924 Harry was secretary of the “Central Eyre Peninsula Medical Club”. This club was district wide and anybody could become a financial member. A committee was elected with a member or two from each district. It was through this group and the District Council when it was formed, that a doctor eventually came to the district, and the Wudinna Hospital was built.2

In 1927 Ernest Harry Edmonds was elected as Councillor for the Pygery Ward of the Minnipa Council. The District Council of Minnipa was formally constituted on 28th May 1925 and in 1932 there was a change of name to the District Council of Le Hunte, after Sir George Ruthven Le Hunte, Governor of South Australia, who proclaimed the County of Le Hunte on 4th November 1908.
Harry continued as a Councillor until 1944, including 11 years as Chairman.2

On 24 October 1928 Ernest Harry Edmonds was made a Justice of the Peace for South Australia by the Executive Council.5

During the 1928 harvest Harry put a note in one of his bags of wheat before it was delivered to the merchants, to see where it might go. This is the reply he received.

On 7 August 1943 it was reported that he would nominate for selection as a candidate to contest the election for Northern District of the Legislative Council of South Australia.6

In 1944 he resigned his position of chairman and councillor in the LeHunte District Council when he was elected as the representative for the Northern District of the South Australian Legislative Council.2

On 28 February 1962 he retired from the Legislative Council.

, from a cerebral thrombosis.8

He was buried in Centennial Park Cemetery, Pasadena, South Australia

A memorial to Harry can be found at the Wudinna Cemetery, Wudinna, South Australia

Mabel Jane Haines was born about 1884 in Mundoora, South Australia

Between 1919 and 1943 Harry and Mabel boarded the local school teacher at the farm, after public agitation resulted in a school being built in the district in 1919. The school closed in 1943.3

She died on 13 September 1946 at home in 25 Ballantyne Street, Wudinna, South Australia

, of debility from carcinoma of left ovary with metastases intraperitoneal, at Wudinna. Informant was E. H. Edmonds, farmer of Wudinna.4

Mabel was buried on 15 September 1946 in the the Wudinna Cemetery, Wudinna, South Australia

He died on Monday, 24 October 1988, aged 76 years, 7 months and 13 days, and he was cremated at Centennial Park Cemetery, Pasadena, South Australia 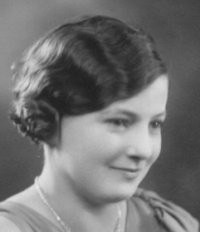 , of a relapse of bowel cancer which had been in remission for ten years, aged 84.

, and her ashes were interred with her father, in Anglican B section, Path: BE, Site: 20.3

From the "West Coast Sentinel", 30th March 1934
WEDDING.
OSBORNE—EDMONDS.
A pretty wedding took place at the Church of Christ, Wudinna on Saturday evening, March 10, when John Hinton, son of Mr. and Mrs. E. H. Edmonds, of Pygery, was married to Ella Coraline, daughter of Mrs. M. and the late Mr. Osborne, of Yaninee.
The church wasdecorated by friends of the bride in greenand white, arches and ferns lending an airy effect to the pretty building. Mr. H. G. Norris, pastor, officiated and the ceremony was simple and gracefully expressed.
A large attendance gave evidence of the poiiularity of bride and groom. Mr. Edmonds is the eldest son of the chairman of the District Council of Le Hunte. This is the first wedding to be held within a sacred building in Wudinna and was a noted event for that reason.
The bride was gowned in pale pink georgette, silk lace yoke and sleeves. Her veil was worn cap fashion, held in place with orange blossom. A bouquet of artificial flowers in pink and white was carried and she wore white satin shoes.
The bride was attended by three bridesmaids, Misses Elsie and Mavis Osborn (sisters of the bride), who wore pink floral silk organdi straight frocks with puffed sleeves, and Miss Gwen Edmonds, frocked in pink silk with flared
sleeves. White shoes were worn by all and each carried a posie of pale pink carnations. The bride's mother wore brown figured maroeain and a brown hat with fawn trimmings. Mrs. Edmonds (bridegroom's mother) was in a brown dress and hat. Mrs. A. Lewis, sister of the bride, wore grey sand crepe with red and red hat and grey shoes.
The Wedding March was played by Mrs. R. Smith. The bridegroom was supported by Mr. Ralph Edmonds (best man) and Messrs. Ray Edmonds and Cyril Parker (cousin of bride) as groomsmen.4
John began his military service in 1940 when he joined the AIF; he was discharged soon after to work in the Islington machine shops on war contracts, then in late 1942 joined the Mechanical Engineers (RAEME) and was eventually posted to New Guinea.
At the end of the war, while stationed in Brisbane awaiting discharge, he suffered a botched operation at the hands of a questionable MO, which was to affect him for the rest of his days, spending weeks, sometimes many months at a time, in Repatriation Hospitals.

, and is buried in the Denham Cemetery.
The following short biography was written by Jack's son, Trevor

Born in Cowell on the West Coast in 1911, eldest son (of four children) of Ernest Harry Edmonds and Mabel Jane Haines, third generation SA-born on both sides of the family, which came predominantly from the West Country (Wiltshire) in the early-mid 1840s. His father was one of the pioneers of the mid Eyre peninsula farming area when it was opened up about 1914, taking up a scrub block at Pygery, went on to become a long serving Member of the Legislative Council for Eyre, buried with State Honours in 1962. His mother was also from SA farming pioneers, from the mid north, and was a hard-working farmer's wife all of her days.
Jack Edmonds, aged only 6, went to set up the new farm with his father in 1917, spent his childhood in the Pygery area, leaving school at 13 to work full time on the farm. In late teenage he worked on "shares" with his dad and others, and about this time developed a keen interest in photography, developing all of his own prints. He also built his own motorbike from bits, followed by several other 'bikes and a cut down T Ford. Jack never lost his early interest in photography, machinery, and travel, these three things becoming the constants of his life.
In 1934 he married a farming girl from Yaninnee, Ella Osborn, and set up on a scrub block of their own out in the sandhill country of Pordia, living in a flattened tar-barrel and whitewashed-wheatbag shack for the first couple of years, doing contract carrying and Council work to augment an uncertain income from grain.
Jack joined the AIF in 1940, was discharged soon after to work in the Islington machine shops on war contracts, then in late 1942 joined the Mechanical Engineers (RAEME) and was eventually posted to New Guinea. At the end of the war, stationed in Brisbane while awaiting discharge, he suffered a botched operation at the hands of a questionable MO, which was to affect him for the rest of his days, spending weeks, sometimes many months at a time, in Repat Hospitals. As with so many families, the marriage, which produced three boys, didn't survive the war, and ended in 1947. Jack set up as a single man in Adelaide, working for the Enfield Council for many years, leaving in 1962 to set up as an independent tractor mechanic in the Wudinna area.
He took up a scrub block out at Cocata when he was in his mid 50s, established it, but in the 1970s sold up and virtually retired, moving to Shark Bay in Western Australia where he lived till his death in 1990.Jack toured Australia extensively in those years 1948 to 1988, hardly a road or track he didn't travel over, taking black & whites in the early days, moving on to 8mm cine film for a few years, and then 35mm colour slides. On his death, people from all corners of WA, SA, and NT turned up at his service, along with just about everyone from the small town of Denham on Shark Bay, where he had a reputation for raising thousands of dollars for the local hospital through weekly trawlings of the town rubbish tip for scrap, and was always available to do a small job on his lathe or sawbench for anyone that asked.
The epitaph on his tombstone simply reads ... John Hinton "Jack" Edmonds Craftsman, Traveller, Father, Friend.