On 7 June 1944 John and Enid celebrated their Silver Wedding Anniversary at their residence in Moulsham Mill House, Chelmsford, Essex, England

John was buried in the All Saints Parish Cemetery, Writtle, Essex, England 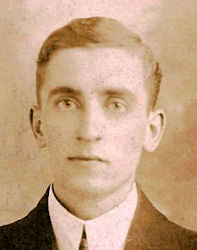 Claude was buried in the The Fifty Cemetery, Winona, Ontario, Canada 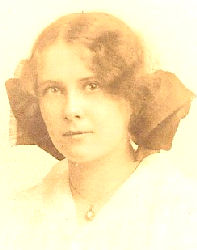 Pearl May Strangways was born on 14 August 1896 in Mestover, Ontario, Canada

Pearl had an obituary on 7 March 1983 Hamilton, Ontario, Canada

, in the Hamilton Spectator.
KIRTON, PEARL M. - Peacefully at Chedoke Hospital on March 4, 1983, beloved wife of the late Claude Kirton, was in her 87th year. Dearly loved mother of Betty (Mrs. John Lamers) of Ancaster and Francis of Thorold. Also survived by a brother, Charles Strangways of Saskatchewan. Mrs Kirton was very Active in establishing the Ancaster Library. A service of remembrance will be held at Ryerson United Church, Ancaster, Friday, March 11 at 7:30 p.m. In lieu of flowers donations to the Ryerson Gift and Memorial Fund would be appreciated by the family. Funeral arrangements have been completed by the ANCASTER FUNERAL HOME, (Robinson's), Ancaster. 648-3852
There was a memorial service held on 11th March, a week after her death
Service set for founder
A special memorial service will be held later this week for noted citizen and founder of the Ancaster Library, Pearl Kirton, who died Friday in Chedoke Hospital.
Born in Westover in 1897, she married the late Claude Kirton in 1921 and moved to Ancaster in 1950.
One year later, with $10 from the Alexandra Women's Institute, she bought 40 books to start Ancaster's first library service on a curtained platform in the old town hall on Wilson Street
Her daughter Betty Lamers of Ancaster recalls not only her dedication to the library project but also her love of the printed word.
"She loved mysteries, especially Agatha Chtistie," Mrs. Lamers said, "but she used to say that she probably didn't read the right type of books."
A long time friend Melba Found said Mrs. Kirton's were also directed at other community concerns.
"There's a railway crossing over on Highway 53 near Hannon, and she said they needed signals at the crossing. She worked and worked on that and finally she got them. And forever after that, the place has been known as pearl Kirton Crossing."
Mrs. Kirton was awarded the outstanding citizen of Ancaster Township award for her work during the years 1959 to 1964 with the library. A plaque on the new library building in Ancaster mentions Mrs. Kirton's contribution to the service's early days.
She is survived by her daughter, Mrs. Betty (John) Lamers of Ancaster, a son Francis Kirton of Thorold and a brother, Charles Strangways of Saskachewan.1 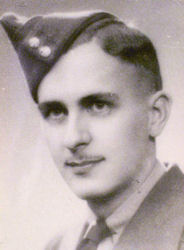 , son of Claude Hill Kirton and Pearl May Strangways.1

In 1942 George Blanchette and Les Donaldson left CKOC. They were replaced by Roy Sharpe and Roy Shantz. Francis Kirton and Wes Cox joined the production department. Dave Davis joined the promotions department. Bill Guild was commercial manager. Jean Gillard was women's editor (on air with Women in the News at 10 a.m. and with Community Service at 4 p.m.)1

1945 - CKOC, Hamilton: CBC Trans-Canada Supplementary stations: CKCV, CKOC, CKLW, CJIC, CKCK, CFAR, CFGP, CKLN Nelson. Bob Amos was continuity editor. W.T. Cranston was manager and W.M. Guild was commercial manager. Lloyd Westmoreland returned to CKOC as promotion manager. He had been serving with the RCAF. G. Norris MacKenzie left CKOC for All-Canada Radio Facilities. Late in the year, A.N. Todd, former chief operator of CKOC, returned to the station after three years in the navy. He would now be chief production engineer. Frank Kirton also returned to CKOC. He had been with the RCAF. Kirton took over the transcription and record library.  In 1947,  Francis Kirton left CKOC to become program director at CFOR Orillia.

1957 - Frank Kirton started working for radio station CKSL AM, London Ontario in 1957, as production, program and music director.  He married a concert pianist by the name of Jeannette but they were later divorced.

The last position held by Frank was at CHRE-FM in St. Catharines.  The following was announced in 1990. Francis R. Kirton, recently retired music director of CHRE-FM, died May 21, 1990.1 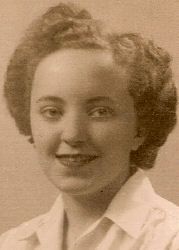 , daughter of Claude Hill Kirton and Pearl May Strangways.1

Elizabeth was called Betty by her family and friends.

About 1923 Frank and Pearl left Hamilton, Ontario, for Detroit. The Kirton family never heard from them again.2

She died in USA 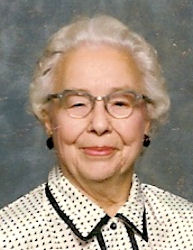 KIRTON-MONTRAY
A pretty wedding was solemnized this afternoon when Ethel Marie, daughter of Mrs. and the late Mr. Nelson N. Montray, of this city, was united in marriage to Mr. Lionel Kirton, son of Mrs. and the late Frank Kirton, of London, England. The wedding took place at the home of the bride's mother, 35 Kensington avenue south. Rev. Dr. Crossley Hunter officiated
The bride wore a flowered chiffon gown in soft pastel shades, with pink accessories, and carried a shower bouquet of Briarcliffe roses and lily of the valley. Little Betty Kirton, niece of the groom, as flowergirl, was wearing a quaint frock of organdy and carried a nose-gay of sweet peas and forget-me-nots. the mother of the bride wore a gown of blue crepe and a shoulder bouquet of sweet peas and lily of the valley. During the signing of the register, Mrs. Harold Johnson sang, O Perfect Love. Mr. George Rapley presided at the piano.
Following the ceremony a reception was held, after which the bride and groom left on a motor trip. On their return they will reside on Wellington street south.
She died on Tuesday, 10 December 2002, aged 95 years, 8 months and 11 days, in Hamilton, Ontario, Canada

. Cause of death was cerebral vascular accidents and pneumonia.1