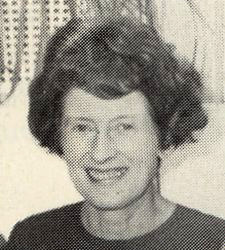 Bernard was buried on 5 April 1984 in the Centennial Park Cemetery, Pasadena, South Australia 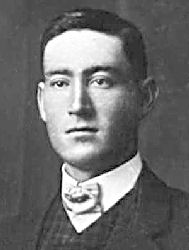 He was buried with his wife in the Centennial Park Cemetery, Pasadena, South Australia 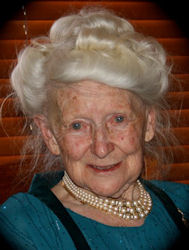 Irma was buried on 7 December 2013 in the the Florey Chapel, Centennial Park, Pasadena, South Australia

Today we are here to celebrate the life of Irma - a lovely woman who enjoyed high regard in so many areas in her life. She passed away comfortably in her sleep on Monday morning 2/12/13 and in the presence of Anne who has provided wonderful support over a long period.

Irma was born at Rose Park on 6th. Feb. 1918 when our parents (Tom and Ida) were operating the General Store at Gulnare. They moved to take over the Wanbi Store in 1922 in the Mallee area near Goyder's 10 inch rainfall Line

It is not clear when the school opened at Wanbi but Irma was sent to Unley Kindergarten and then Unley Primary School in 1924. She also spent 6 months at St. Jude's Brighton while the residence was being built behind the shop at Wanbi.

In early 1926 it appears that brother Harry was playing up and strongly resisting a start at school unless Irma supported him and so she had to leave Unley and join him at the Wanbi school.

There were early signs of Irma's development of a forthright character in an episode in the city on a visit to a dentist (or doctor) when she simply ran away - and not for the only time as it happened again later on a visit to a Loxton Doctor. When she was about 10 years old she had early training in steering the family car perched on her father's knee on the Saturday mail run out to Knight's Well. No doubt this was an indication that a long and safe driving career lay ahead - although there was one late incident that I remember (but Irma couldn't ) when she did some damage to 4 vehicles in one fell swoop in a city carpark.

1932/33. Irma was sent to board at St. Peter's Girls School, at Kermode Street, North Adelaide and had a wonderful time there making many friends - her strongest subject was arithmetic and she regarded that time as the best years of her life. No doubt it was a vital stage in her personal development - she also thoroughly enjoyed her introduction to the game of hockey for the first time and picked up a few important pointers in the game of tennis .

1934. She returned to Wanbi and commenced work in the shop and a wide range of duties gradually developed. These included the Post Office, telephone exchange, ( party lines were in vogue at the time), bank agency, selling all types of groceries, a huge supply of cigarettes and tobacco, numerous cheeses stored down the cellar, sugar was bought by the half ton , hardware, drapery, (at one stage Tom even measured for men's suits as agent for a tailor ) , petrol , oil and fuel agency, fruit and vegetables, veterinary supplies, bran and pollard etc. Mail was collected at the station on a daily train service.

After a few years Tom must have realised that Irma's strength of character and work ethic were above average so he decided to cut out a large section of counter on the left side of the shop to accommodate an upmarket Cutler roll top desk for her - no doubt, partly as an incentive to keep her in Wanbi as she would have had no trouble in finding appropriate employment in the city. Her determination also came to the fore when a couple of the local recluses called occasionally pressing Tom for money to buy alcohol but departed promptly- empty handed - if Irma happened to be between them and the money.

Irma became an extremely popular member of the local community and was widely known as "Auntie Irma" to many families in the area. The shop scales were used (although not that often) to monitor the weight of new born babies and comprehensive records were maintained. The left hand side of the shop was almost exclusively Irma's domain where there was a modest range of drapery, manchester, and a wide coverage attracting the female customers in the area.

Eileen Deed, who lived down the street, recalls sobbing on her way past the shop, on her very first day at school, as her shoes were not clean and Irma quickly called her in and solved the problem. No doubt there are many other happy little anecdotes remembered here today.

1939/45 And then came the trauma of the War years, when there were many enlistments in the Wanbi district including three of her brothers (all of whom returned safely). However, her relationships firstly with Tom Butterfield and then later with Bob Christie were tragically terminated when they were both killed in action abroad. Irma was secretary of the Red Cross and the local Soldiers comfort fund that packed off parcels (wrapped and sewn in calico) to the locals in the forces. She corresponded with over 20 of them while they were away.
There was petrol and food rationing, (also cigarettes and tobacco) all of which had to be carefully monitored in the shop by Irma with volumes of paper work and various weekly , monthly and quarterly returns to authorities in the city. The ides of March 15th 1945 The date is etched in my brain - having been told many times in later years - Tom was accused of smoking all the very best tobacco (like Capstan ready rubbed) when in fact he was smoking Censor (gathered from the dregs in the corner of the tobacco factory) - smoke virtually came out of his ears that day and in high dudgeon he quit smoking and never touched the dreaded weed again.
Irma played tennis and basketball - both very well and I remember that she had a very high toss of the ball when serving with great success at tennis. I had a game of tennis with her in 1946 on a Saturday afternoon on the local courts - just the two of us and no doubt Irma was winning when the game was sensationally interrupted by Malcolm who must have had a surge of adrenalin somewhere above Halidon or Mindarie and broke all Air Force rules by shooting up the town skipping over the tennis courts and the local pub in a Douglas DC3 on his way to Melbourne with a full complement aboard at the end of a courier trip from Japan.
The social life up there was reasonably busy in those days and as you would expect Irma played an active part. There was often a dance or a ball within reasonable distance on a Saturday night and she was a very good dancer - even taught me the rudiments when I was still in knee-pants. I can remember one occasion going to a dance at Mindarie with Irma driving - the lights failed and we had to rely on a torch to get there and back.

The store was sold in 1949 - the family moved to the city and Irma worked at John Martins for a few months when a friend suggested she should apply for a job at the Gas Company - she worked there for 33 years including a stint at Glenelg where she was the first female in the Company to operate as a Cashier. After 4 years there, she had to apply for a lesser position back in the city when our mother developed cancer.

Irma always had a slight tendency towards some form of gambling and during her years in the work force , occasionally , instead of buying a new dress she wandered over to Don Bradman's sharebroker office to buy shares and try her luck on the stock market. She did extremely well hanging on to her Woodside shares after many years with no dividends.

Irma retired in 1983.
Over the years she has had interests in many different clubs gathering an army of friends along the way -The Gem and Mineral Club, National Council of Women, Aeronautical Society, Liberal Club, Philatelic Club, The Good Neighbour Council, Tea Tree Gully Golf Club ( Foundation member), YWCA, Orchid Club, COTA, ARPA, St. Peters Girls Old Scholars Assoc .and various Bridge Clubs.( she even managed a Grand Slam early this year ) and also a fairly prolific round of lunches including at the German Club.

If Irma had had the opportunity to pursue a different career she would probably have tried her hand at flying or in architecture .She has also had some experience in travel other than in Australia - she went to England and the Continent on her own for 6 weeks in 1975- visiting 8 countries in Europe .She was in Hong Kong in 1981 and later on a cruise in 1995 with Fay Fuller on the QE2 to The Philippines, Hong Kong, Vietnam, Singapore, Thailand etc. There were many trips to country areas and interstate with her great friend, the late Jim Viney, when they were actively involved with the Gem and Mineral Club. Jim introduced her to the Aeronautical Society.

Irma had a wonderful innings on this planet and so many have benefited from associating with her including all members of her family.
We have been privileged to have her in our lives. 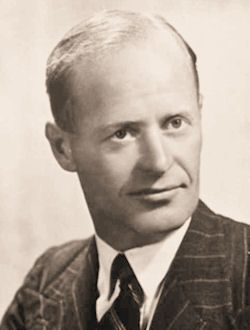 Harry Edward Wheaton was born on 3 May 1920 in Gulnare, South Australia

, when he enlisted in the Royal Australian Air Force. His service number was 27276. He left the Air Force on 6th November 1940.

He was a salesman working in Harris Scarfe, a department store in Adelaide.

,3 and he was cremated at Centennial Park Cemetery, Pasadena, South Australia 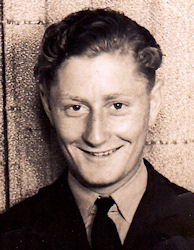 , when he enlisted in the Royal Australian Air Force. His service number was 27384. When he was discharged on 12 June 1946, he was a Warrant Officer with 112 Air Sea Rescue Squadron.2

He was a fruit inspector with the South Australian Department of Agriculture.